A customer complains his insurer won’t pay to repair water damage in his living room, because the circumstances weren’t covered by the policy

Brendan came home from a fortnight’s holiday and found water damage in his ground-floor living room. The carpet was soaking wet and the walls were damp and stained.

Brendan called an emergency plumber. The plumber couldn’t find any sign of a leaking pipe, but he did confirm that water was coming up through the floor and into the walls. He thought that the water had been steadily building up in the void under the floor and this was probably because of a rise in the water table. He then gave Brendan a quote to make some repairs.

Brendan called his insurer to make a claim for flood damage, as this was included in his home insurance policy. The insurer sent a surveyor to investigate the damage. Following this, it declined Brendan’s claim. It said the damage wasn’t covered by the policy, because the surveyor couldn’t find any evidence of a leaking pipe and there hadn’t been enough rainfall for there to have been a flood. Brendan thought this was unfair, so he complained to us.

We looked at the reports and photos from Brendan’s plumber and the insurer’s surveyor. We also checked what the policy covered. Escape of water from a pipe was covered, but the plumber and surveyor both said there was no evidence of this. The policy also covered flood damage, but it didn’t give a definition of what a ‘flood’ is. We considered whether a flood had happened in this case.

The evidence supported that there had been a gradual build-up of water, so we thought that this did constitute a flood. It didn’t need to have happened because of heavy rain or another ‘force of nature’. And although the damage was gradual, there was nothing to suggest Brendan could have been aware of it until the water had come into the house. As the damage in living room looked recent in the photos, we thought Brendan had made his insurer aware of the problem as soon as he’d reasonably became aware of it. So we told the insurer to pay the claim. 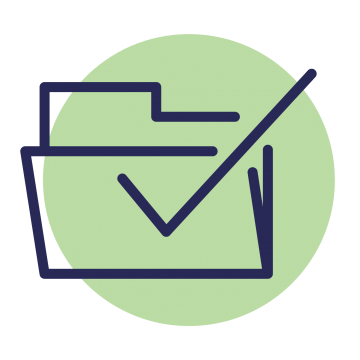 You can read similar case studies below to find out about our approach to resolving complaints involving insurance or you can view all case studies to read about other complaints referred to our service.

We look at Tilly’s complaint about her voided home insurance policy.

Slow leak damage not covered under all risks policy

Sandy put in a complaint with us when her insurer rejected her claim for damage to her lounge ceiling from water damage.

Unassembled conservatory damaged in storm – is it contents or a building?

When a storm damaged David and Sue's garage, this also damaged an unassembled conservatory. But their insurer said that this was a building and wasn't covered in their policy.

How we can help if you have a complaint about flood damage to a property.

Information for financial businesses on handling and resolving complaints about flood damage to a property.

Information and advice for businesses on handling customer complaints.

Jenny got in touch when she noticed her premium had increased each year on her home insurance policy after renewing it ten years ago.

Martin was unhappy that a claim he raised for his damaged drone wasn’t covered by his gadget insurance policy.

Alice contacted our service after her insurer declined a claim to replace her lost drone.