What the Executive Team does, who's on it and what their responsibilities are.

Our Executive Team is responsible for the day-to-day leadership and management of our service. They’re accountable to our Board of non-executive Directors.

Members of the Executive Team 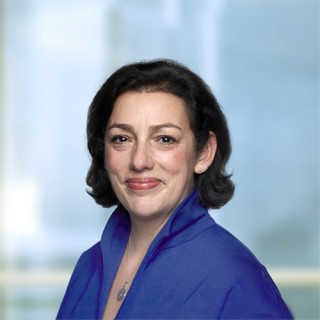 Nausicaa is responsible for leading the service in the delivery of our vision and strategy.

She joined the organisation from the Financial Conduct Authority, where she had been a member of the Executive Committee since 2016, most recently as Executive Director of International and Interim Chief Operating Officer, with responsibility for its global strategy and for its operations.

Nausicaa previously held other senior roles at the FCA, including in Supervision, Risk and Policy. She has led innovative and complex transformational initiatives, driving changes in culture, including most recently the FCA’s response to the UK’s withdrawal from the EU. Previously, she has been responsible for internal transformational changes, and for the transfer of consumer credit regulation to the FCA from the Office of Fair Trading in 2014.  She joined the Financial Services Authority’s Enforcement division in 2000, where she led investigations and disciplinary actions in both retail and wholesale markets.

Nausicaa is a solicitor, having trained and qualified at City law firm Freshfields in London. 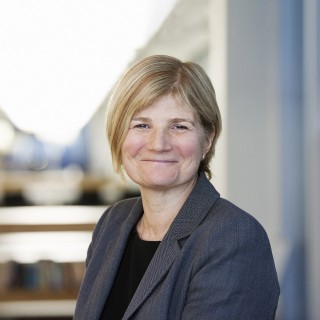 Julia joined us in 2011, having worked primarily in the support services sector. Her longest role was at Serco, a leading outsourcing firm, where she worked in divisional finance and also spent six years as the Group Company Secretary. During her time there, Serco went through a period of significant growth, with revenue increasing from approximately £500 million to over £2 billion on a worldwide basis.

Julia trained and qualified as a Chartered Accountant while working for Deloitte in London.

Simone is responsible for supporting the Executive Team in the delivery of our current strategic measures and in developing our longer-term strategy.

Simone joined us from the Financial Conduct Authority (FCA), where she headed the Risk Advisory function providing oversight opinion of key risks to Executive Committees and the FCA Board. She previously held other senior FCA roles, including Head of Event Supervision and Head of European Wholesale Banks operating in the UK, having previously been a member of the General Counsel’s Division.

Before joining the regulator, Simone was a Trainee Solicitor and then Legal Advisor in Credibanco – a subsidiary of the Bank of New York in Sao Paulo, Brazil – and in Credit Commercial de France.

She holds a degree in Law from the University of Sao Paulo and the College of Law (London) and a master’s degree in law (LLM) from the London School of Economics. 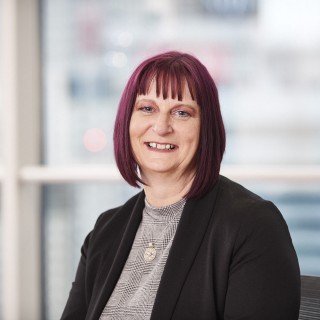 Caroline is responsible for leading our people strategy, promoting diversity and inclusion throughout the organisation.

Caroline joined our Executive Team in May 2018, bringing over 25 years of experience in HR. Previously, she was a member of the Leadership Team at oneSource, which supports council staff in the London boroughs of Havering, Newham and Bexley. She has also been a president of the Public Service People Managers’ Association (PPMA), a vice chair of the London PPMA and London Heads of HR network, and a director of VineHR, an award-winning not-for-profit made up of local-authority heads of HR in Essex.

Having started working life as an Apprentice, Caroline is passionate about apprenticeship opportunities. 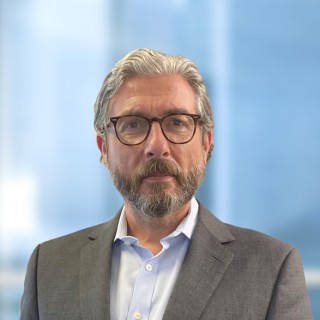 Rae is responsible for leading the communications function at the Financial Ombudsman Service and for the development and implementation of our internal and external communications strategy.

Rae has been in journalism and communications for more than 30 years. Following a career in broadcasting, where he was a correspondent and presenter for news outlets such as ITN, Sky News, GMTV and Scottish Television, he moved into Government communications where he held a number of roles. These included: Head of Communications for the Iraq Inquiry; Press Secretary to Deputy Prime Minister Nick Clegg; and Director of Communications at both the Department for Environment, Food and Rural Affairs, and the Department of Energy and Climate Change.

No. 10 then asked him to set up and lead the communications function at the newly formed Department for Exiting the European Union. Since leaving the Government, Rae has headed corporate affairs for the UK water industry and has just completed an interim role as Director of Communications for NHS Test and Trace. 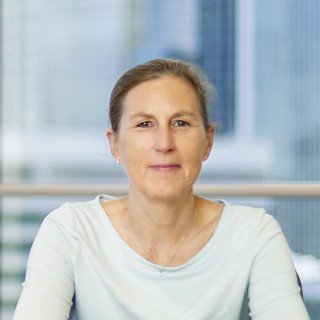 Nicola leads our technology and information strategies, ensuring that our priorities remain firmly focused on meeting our needs, the needs of our customers and safeguarding the data we hold.

Nicola joined us in November 2019 from SSE where she looked after their information and technology needs and developed the data and digital services of the business as the Head of IT Solutions.

Nicola started her career as an IT graduate with Shell and has held a number of senior positions within the manufacturing, utilities and aerospace sectors.

While at SSE, Nicola was a member of Everywoman, an organisation dedicated to advancing women in business, where she was an advocate and advised on topics including creativity, communication and networking.

How we’re governed and funded reflects our independent role.

Find out what our Ombudsmen do and who they are.